Watch Freddy Lim, StashAway Co-founder and Chief Investment Officer and Stephanie Leung, Group Deputy CIO, discuss the latest global events and their potential impact on the markets and on our investment portfolios.

Hi everyone and welcome to this week's market commentary. Here we have Freddy with us. Freddy, hi!

Good to see you. And this week we have a question about tapering from one of our viewers, Chee Liang Tan. So Chee Liang's question is "How is StashAway's portfolio preparing for market volatility from the Fed and ECB bond prices tapering and rate hikes?". So Freddy, can you help us with that?

Well, first of all, I'm not sure it's a central bank's objective to generate volatility, and we can see this tendency to avoid volatility in the past - when in the last many cycles when they taper or they go into a rate hike, they're very, very careful and they try to be behind the curve. So remember a while back, like last year during the COVID-19 outburst, the Fed change its metrics from spot inflation to an average inflation, which tells you they're going to be behind the curve and let inflation run a bit more, bringing the averages up and try to just focus more on recovery, right? So keeping that in mind, in terms of the latest development - there wasn't a very, very clear timeline being set or even the timing of a taper. And the definition of the taper, just to keep in mind, is not selling by central banks - it's actually buying less. They have already accumulated a lot of assets on their balance sheets, and they're still buying even in a tapering until they stop buying, then the taper is over. To actually become a net seller on the market, takes a long time, and the conditions for that, as outlined by Chairman Jerome Powell, has been - while the pandemic is still going on - Delta+ variant is a risk - it's unclear how the economy [00:02:00] is going to go. They need to focus on growth. So overall, they are not committing themselves, so I'm not sure it's true that the central bank would generate market volatility and the pace is slow. However, what StashAway does is we look at numbers, asset classes in the same lens as central banks. That's what ERAA® has been designed on. It's designed to look at what central banks look at in terms of economic information, primarily large numbers of data about growth, large numbers of data about inflation. And we look at the same amount of information in these two dimensions. And that's what guides central bank decisions. And it's also what guides our asset allocation. So overall, I'm not sure what's there to prepare. Other than sticking to an investment framework that's been there through two trade wars and through the pandemic, it's been there for the last 4.2 years, right? So it's about being consistent and having a plan. So I'll stop here. But more interestingly, I do have a question for you, Stephanie. Given what I just said about the central banking situation, I tend to get a lot of questions asked about - everything is expensive in the market today and the S&P was at an all-time high a couple of weeks ago? And what was your view on that? Is there a metric to look at? Or are there any insights for you to share? So I'll throw that at you instead.

Yeah. We also get a lot of questions on S&P valuations. When people look at valuations - one common metric is price-to-earnings i.e. P/E. And if we look at the price-to-earnings ratio for S&P, it's right now around 20x, which historically is actually quite expensive. But also if we compare the historical range of PE's versus the central bank balance sheet - i.e. how much money the Fed is [00:04:00] printing- actually then the high P/E starts to make a bit of sense, and we've actually prepared a chart on this which I'll pull up on the screen for everyone to take a look. So here we have the yellow line representing the price-to-earnings ratio for S&P. And you can see it fluctuate. But also, it's been trending higher since the central bank started loosening monetary policy and started printing money from QE1 onwards. So the white line actually shows you the balance sheet of the central bank, so how much money is being printed? And you can see that there were some increases historically when the Fed did the first QE, the second QE and most recently, you see a huge spike in 2020 after COVID. That was when the central bank printed a lot of money. And that's when also the yellow line, the P/E ratio shot up as well. So we can see that there were some ranges that the P/E has kind of traded within, during these different periods, post-central bank QE programs. From 2008 to 2012, for example, the P/E, has been ranging between 11x and 15x, and from 2012 to 2018, it's been around 15x to 18x. Now we're sort of at a new level because of the massive money printing, and we can see that the range has been around maybe 19x to 24x. So if you think about this, what Freddy has said about tapering, the Fed is actually not decreasing the size of the balance sheet. So the balance sheet, I mean, there's just slowing down the purchase. So the balance sheet size would probably stay in the range where it is today and even go slightly higher despite tapering. So the P/E range that the S&P [00:06:00] would trade at would probably be around the same range that we've seen as well. So if you take that into consideration, yes, I mean, 20x is quite expensive. But the bottom of that range is probably around 19x. So for S&P corrections, we're looking at like 5% to 10% if it corrects. And I think that's kind of the framework that we can use to think about the question of - is S&P expensive?

Exactly. And the Fed may start to hike interest rates if the economy keeps heating up, but currently the market is pointing and the Fed is pointing to the end of 2022. So it's still quite a long way to go.

And end of 2022 for about two hikes? Yeah. Two 25-basis points hikes. So we're looking at a very, very small amount of tightening.

Yes. But yeah, hopefully this helps answer questions like Chee Liang has as well. And we also have a few upcoming webinars which cover many different topics. So maybe a bit of ad time here - for all regions on September 21 - we actually have our CEO Michele, talking about the Insider's Guide to Fundraising for Your Startup. On September 21 in Singapore, we have International Diversification and FX Hedging at 6pm. And in Malaysia on September 22 at 6pm, [00:08:00] we have Investing Basics. And on September 29, we have How to Invest with ETFs (The Right Way) at 6pm for Malaysia as well. In the MENA region on September 23, we have the StashAway Money Chat: The Future of Fintechs in the MENA Region. And lastly, on September 23 for Hong Kong, we have our Ask Me Anything Live in Cantonese at 1.30pm. So hopefully we will see a lot of you in our different webinars in the next two weeks or so. Great and thank you, and thank you, Freddy, for answering the questions and we'll see you all next week. 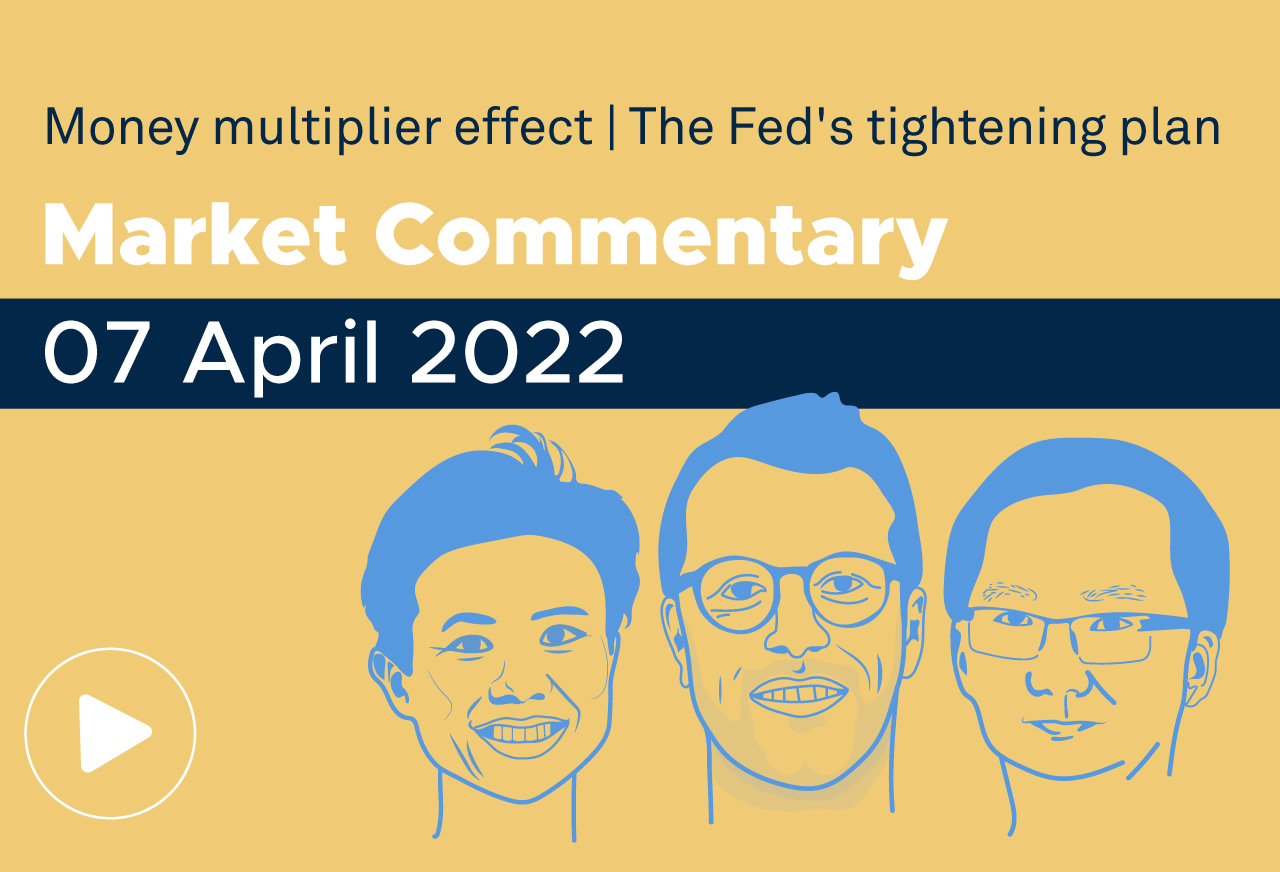 Market Commentary: The money multiplier effect | The Fed gets serious about tightening policy 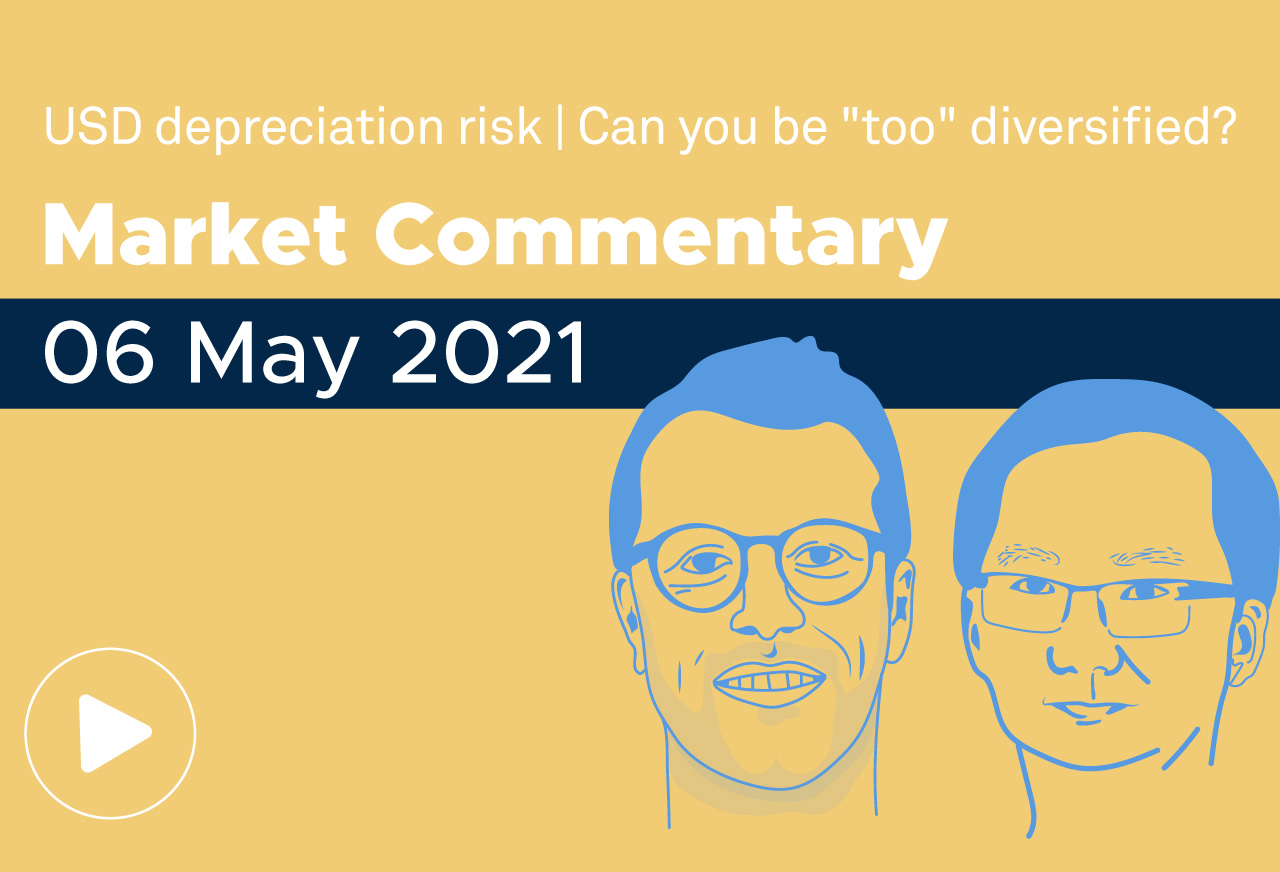 Market Commentary: USD depreciation risk | Can you be "too" diversified? 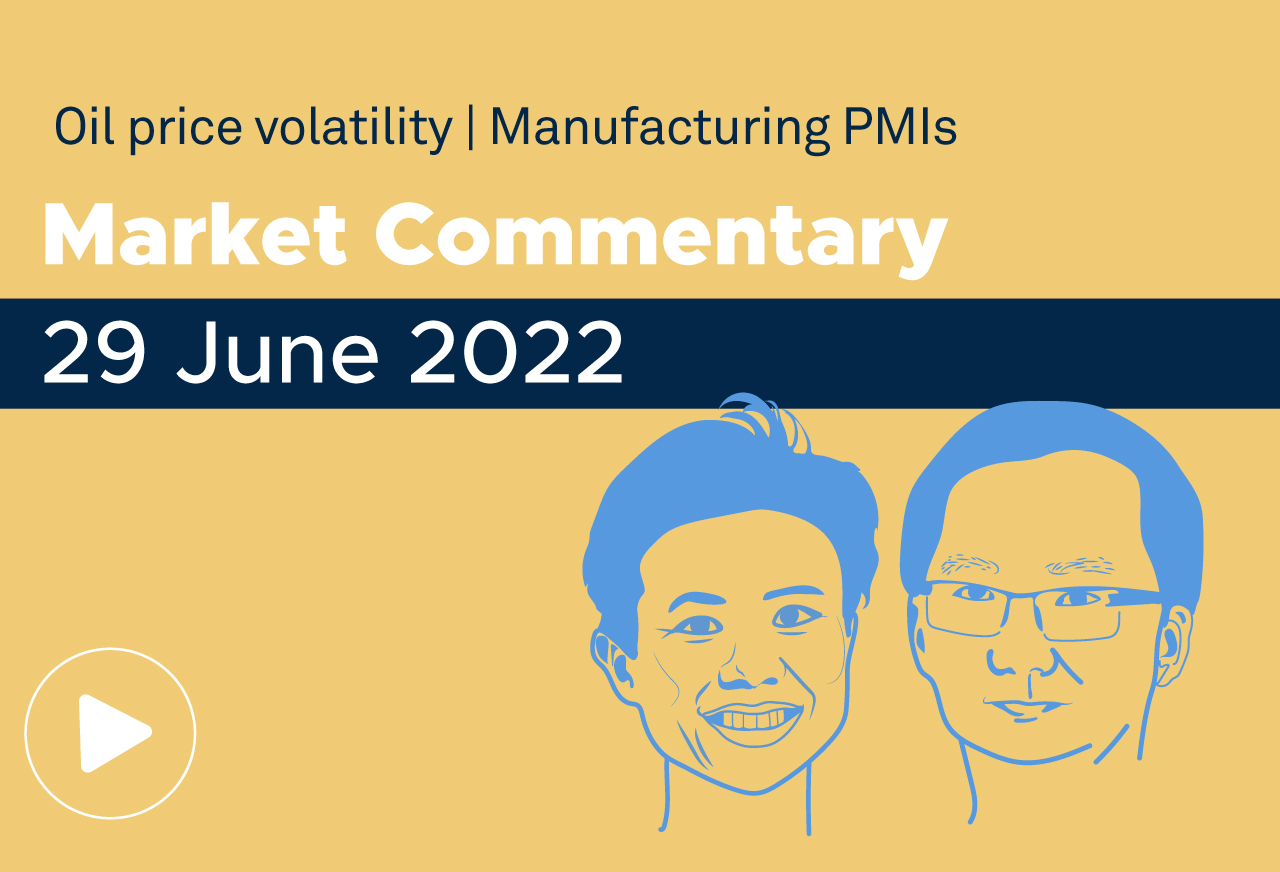